Kanye West has accused Kim Kardashian of keeping their children from him and he also spoke about how his mother kept him away from his father.

The rapper took to Instagram to reveal that he wants to take his kids to his hometown, Chicago, but Kim is stopping that from happening. 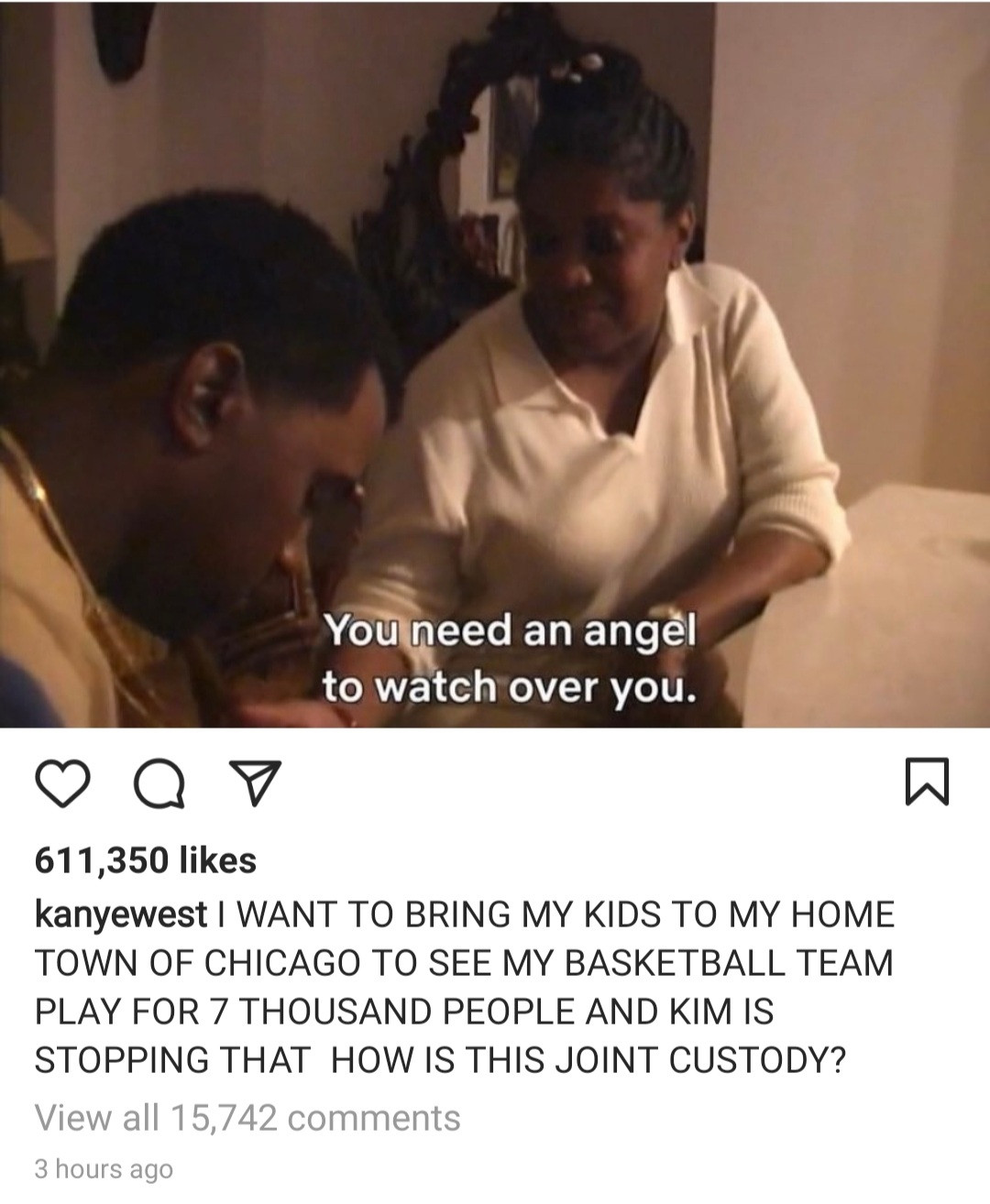 He also wrote in an earlier post that when he was a child, his mother took him to Chicago and prevented his father from seeing him.

“I dream of a world where dads can still be heroes,” he added. 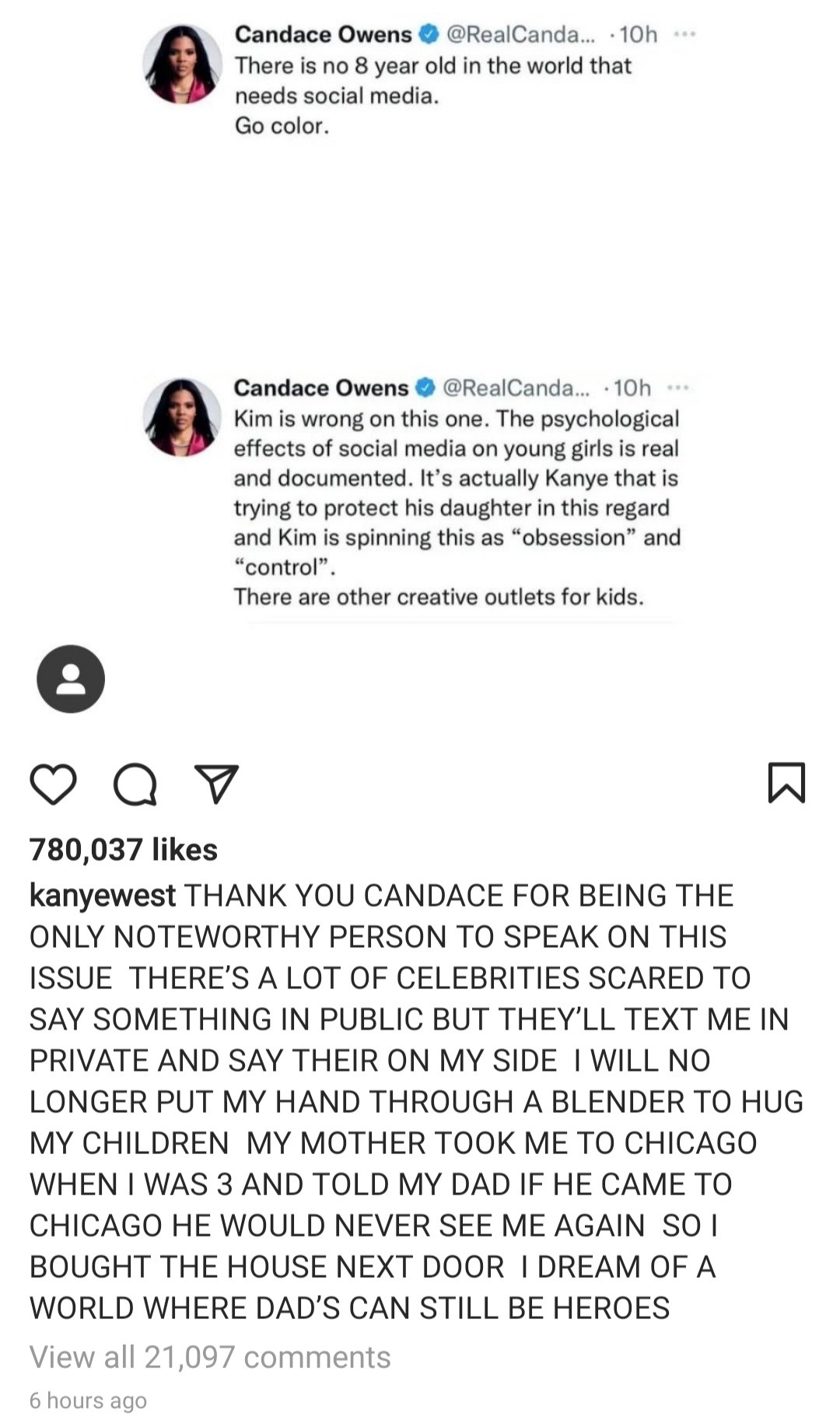 Kanye has been calling out Kim for days now over differences in parenting techniques.