A man has responded after he was told that he shouldn’t be chasing after women while searching for love.

The man had tweeted photos of himself and revealed that he’s a single man looking for a woman.

And the single man responded: “No vex, I still be prince.” 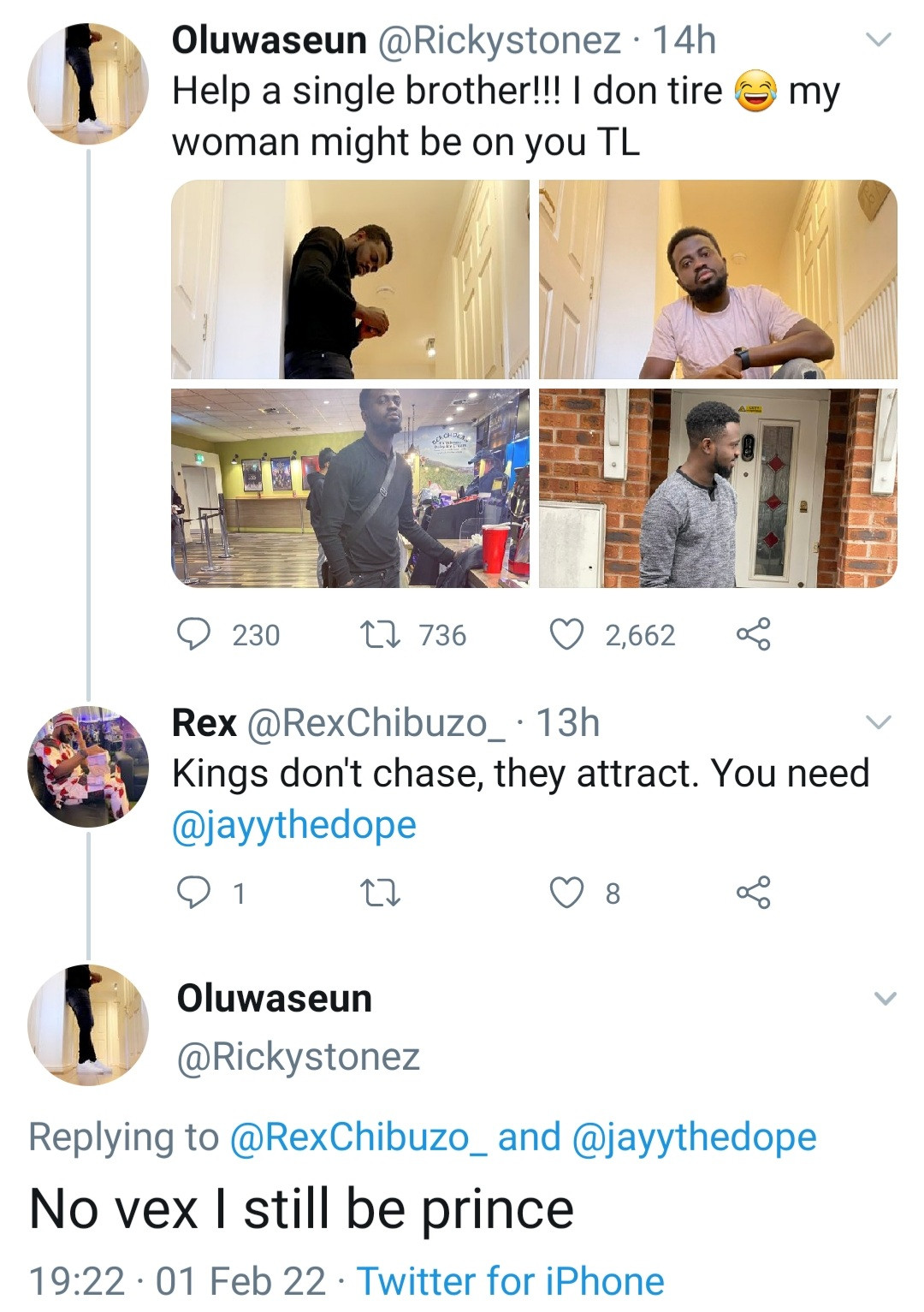