The devastated father of former Miss USA Cheslie Kryst who jumped to her death from a Manhattan high-rise, has broken his silence.

Kryst, 30, was found on the sidewalk next to her luxury apartment building The Orion in Hell’s Kitchen at 7:15am on Sunday January 30. She was last seen on a 29th-floor terrace of the building, where she lived alone in a ninth-floor apartment.

Rodney Kryst, 62, broke his silence on Tuesday February 1, from his Charlotte, NC, home, and claimed that his daughter may have been depressed due to ‘family dysfunction,’ adding that his daughter was ‘pure’ and that she didn’t have any sort of substance abuse problem.

Robert Kryst and Cheslie’s mother, April Simpkins, who have four children together, split up when Cheslie was young, he said.

‘She was pure, she didn’t take any kind of drugs or prescription medication,’ he told  New York Post. ‘She never had any kind of substance abuse problem.’

Kryst, who is a Polish-American former bodybuilder, said he believes her depression and death had to do with ‘family dysfunction.’

‘But it will be awhile before we can talk more,’ he added. ‘She was sad.’

Kryst posted her final picture on Instagram on Sunday morning writing: ‘May this day bring you rest and peace’ 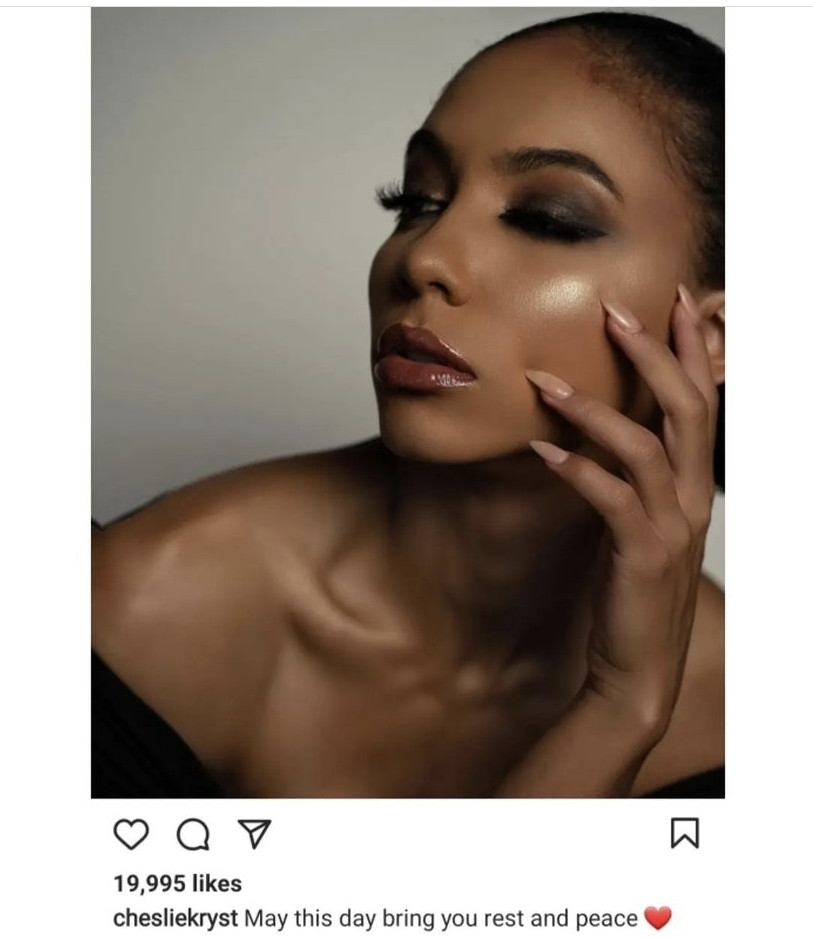 In 2020, Cheslie Kryst posted a video to social media dedicated to her dad on Father’s Day. She talked about how he introduced her to athletics and how he told endless stories about his bodybuilding days. She also talked about her stepfather, and how both men in her life were inspirations.

‘Today is a special day to show appreciation to all the fathers and father figures who have made our lives special,’ Kryst said in the video.

‘My dad introduced me to athletics. He took my siblings and me to the track every weekend when we were young when we didn’t want to. And he told us endless stories of his bodybuilding days.’

On Monday, her grandfather Gary Simpkins told the Post he was shcoked by the loss of such a ‘fantastic, kind, and generous’ woman.

‘To be extinguished so fast is just devastating,’ her grandfather, Gary Simpkins, said Monday. ‘So hard to imagine one minute they’re here and one minute they’re not. And you know that the only [way] you’ll ever see them again is when you yourself pass away.’ 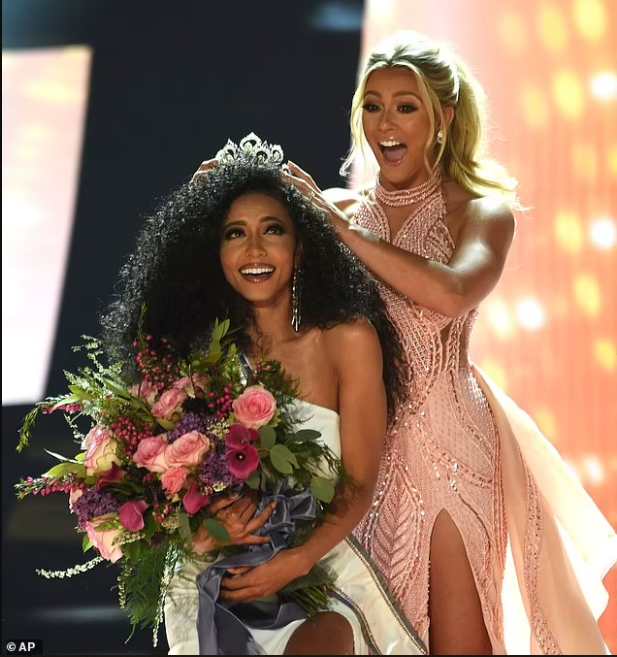 ‘In devastation and great sorrow, we share the passing of our beloved Cheslie,’ the family said in a statement.’

‘Her great light was one that inspired others around the world with her beauty and strength. She cared, she loved, she laughed and she shined.

Cheslie embodied love and served others, whether through her work as an attorney fighting for social justice, as Miss USA, and as a host on ‘Extra.’ But most importantly, as a daughter, sister, friend, mentor and colleague – we know her impact will live on.’