The Ohwo Avwo Gan of Olomu Kingdom and President of Urhobo Democratic Assembly (UDA) Olorogun Paul Akpor Abu, has said that over 80% of men are guilty of infidelity.

The chief stated this on Thursday, January 27, while reacting to gospel singer, Sammy Okposo’s public apology to his wife for cheating on her with another woman.

Over 80% of us are guilty with various degrees of infidelity. We only have bragging rights bcos, we ‘ve not been caught red-handed. Okposo on my mind.” he wrote. 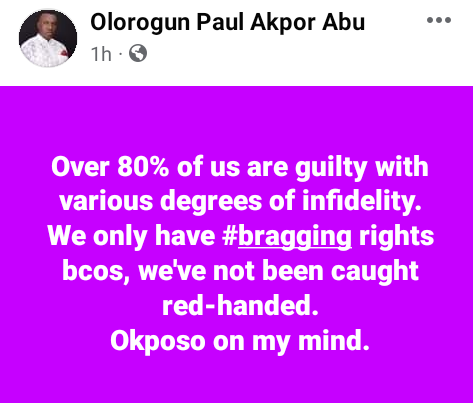