Another Church Building Collapses In Delta 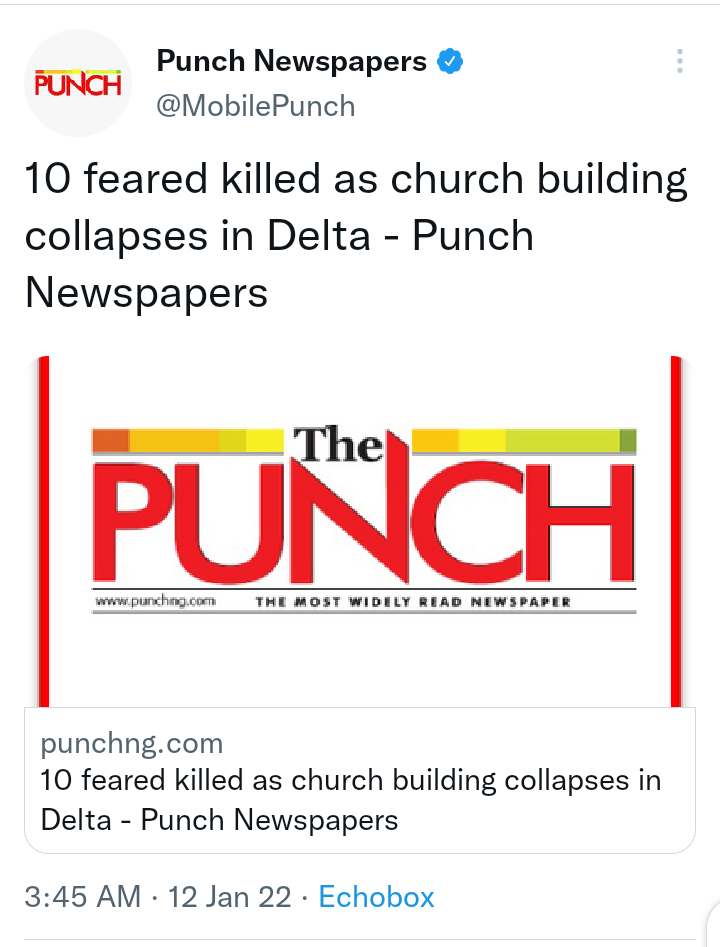 No fewer than 10 persons were feared killed when the building housing a church, the Salvation Ministry, at Okpanam community in Oshimili North Local Government Area of Delta State collapsed on Tuesday evening.

Witnesses said that unspecified number of worshippers were trapped under the debris of the collapsed building.

The Punch gathered that the building, which was being used for the first time, collapsed at about 5:55pm during Tuesday’s evening service. Founder of Living Faith Church, Bishop David Oyedepo says the wealth his ministry is currently enjoying is a product of his many years of labour for God.

Speaking during the ongoing 21 Days Prayer and Fasting on Tuesday, the richest African pastor said buying a plane does not put the church under pressure, saying they will keep flying forever.

He urged the congregation to remain dedicated in their service to God, stressing that the dividend of their labour would speak at the end. 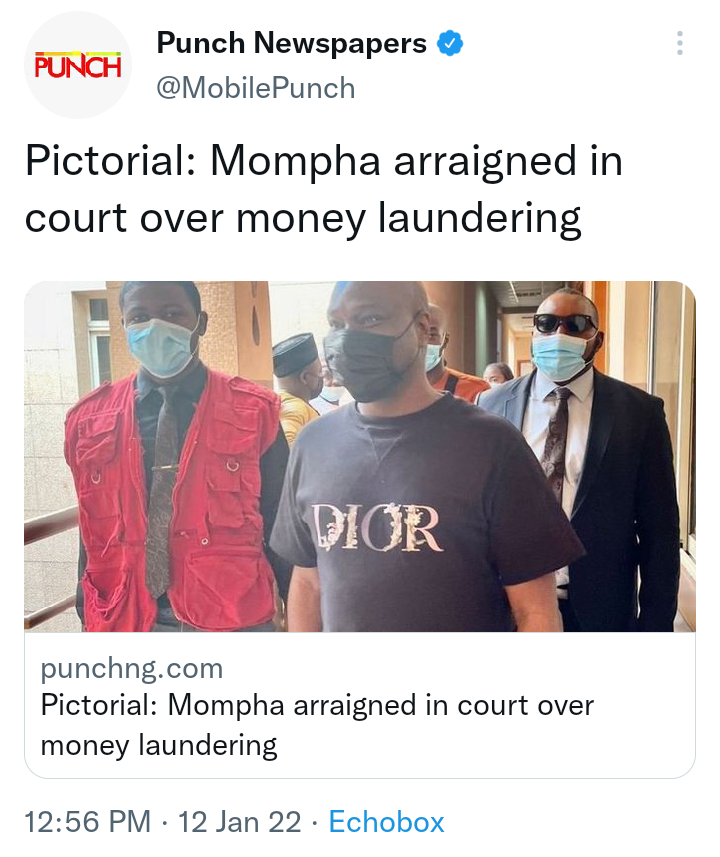 The Economic and Financial Crimes Commission has arraigned a suspected internet fraudster, Ismailia Mustapha, popularly known as Mompha, in court.

Mompha and his company, Ismalob Global Investment Limited, are standing trial on an amended 22-count charge bordering on cyber fraud and money laundering to the tune of N32.9bn brought against him by the EFCC.

He was arraigned before Justice Mojisola Dada of the Special Offences Court, sitting in Ikeja, Lagos. 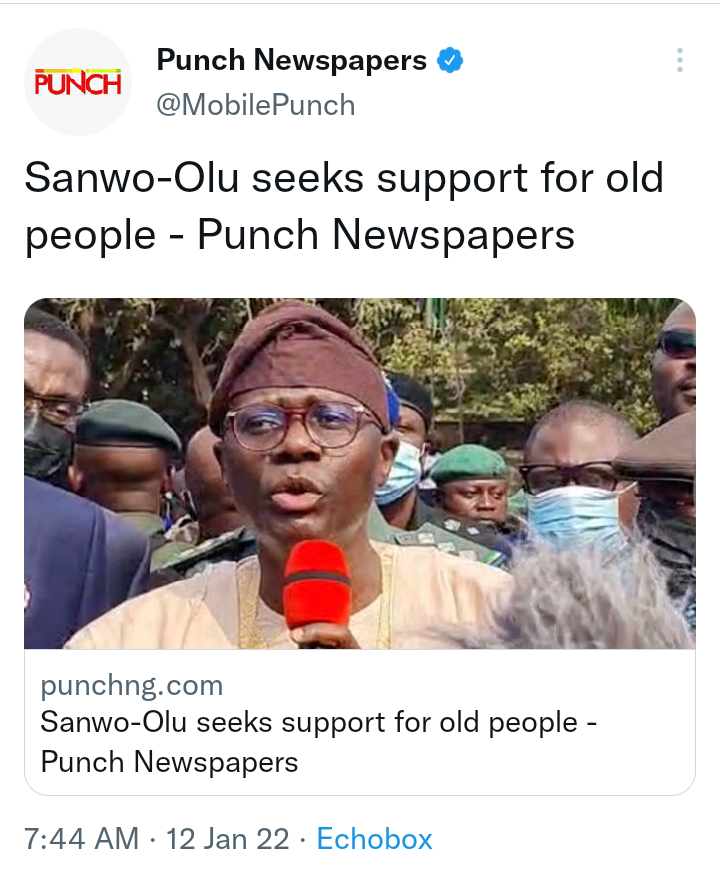 The Lagos State Governor, Mr Babajide Sanwo-Olu, has called on residents of the state to prioritise the welfare of the elderly population of the state.

The governor was quoted to have made the call while inaugurating the Thani-Oladunjoye Old People Care Centre in Oke-Owode, Epe, according to a statement on Tuesday.

Sanwo-Olu, who was represented by the Special Adviser to the Governor on Civic Engagement, Aderemi Adebowale, noted that the centre would go a long way in complementing the efforts of the state government in the area of social welfare development. 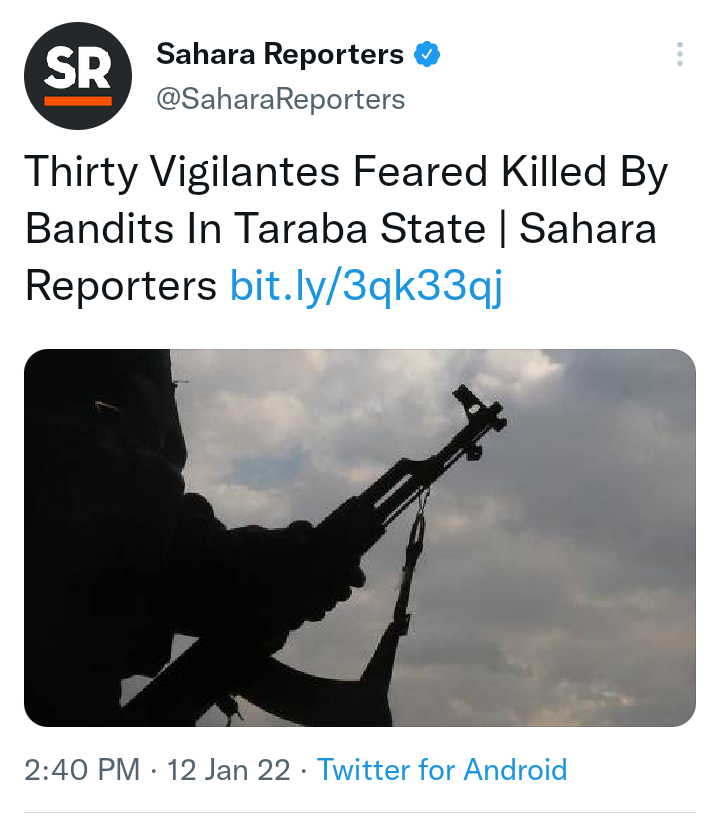 At least 30 vigilantes have been feared killed while several others still missing in Taraba State, SaharaReporters learnt.

It was gathered that the vigilantes were killed during a bloody encounter with terrorists in Gasol Local Government Area of the state on Tuesday.

AFCON 2021: What Eguavoen Did Differently From Gernot Rohr In Today’s Victory Against Egypt.