The Military is an organized institution where discipline is at its highest standard.

It can be recalled that a female soldier who accepted a proposal from a male youth corps member was being punished for accepting such as it contradicts the code of conduct of the Military. 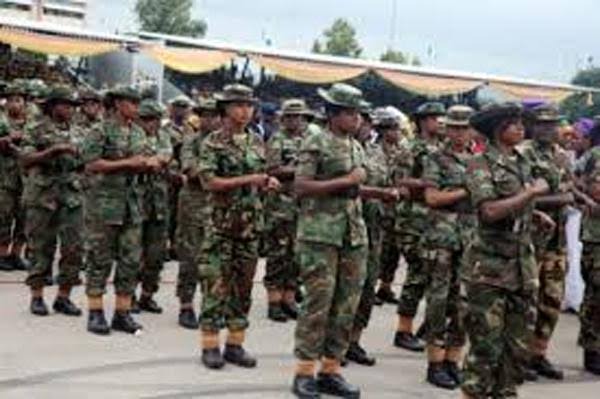 Here are four things that female Soldiers are not allowed to do:

1. Getting Married at an Early Stage of Service:

It is worthy of note that female soldiers are expected to serve for a particular duration of time, about 3 years before they are Allowed to get married.

They must serve the armed forces for more than three years before they can tie the not with anyone.

2. Show of affection to male counterparts or civilians in the Public Domain:

Female Soldiers are Prohibited from showing affection of any sort like kissing of their Military or civilian counterparts in public places.

This applies to male soldiers too. If there are caught engaging in such acts, there would face the consequences of their actions.

3. Using Long Hairs that passes the Shoulder of your Uniform: the Military frowns at any female officer that uses long hair extensions.

They are expected to always appear neat and smart at all times with their hair well packed.

4. Drawing Tattoos and Using Earrings While on Uniform:

The drawing of tattoos on the body is Prohibited to both male and female soldiers.

Also, female Soldiers are not allowed to use earrings while on their official uniforms. 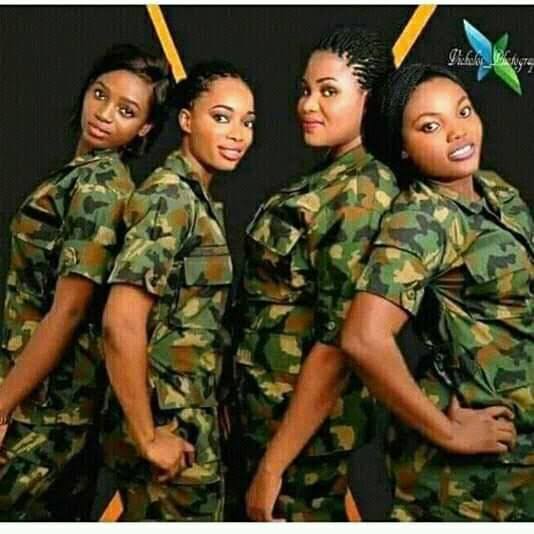 Just in case your having plans of joining the military as a woman, these are a few things you must have in mind and be prepared to adhere to.

Do add your contributions and comment in the comments section below.

We Just Bought a Lion: Mercy Johnson Shows Off Hairy Puppy, Says It Looks Like Wild Animal in Hilarious Video