There is palpable tension in Ashige community, Lafia local government area of Nasarawa State, following the killing of two herders by gunmen.

It was gathered that the lifeless bodies of the herders were found on a farm, with several cuts on their faces at 8:00 pm on Friday, November 19.

A family member of one of the deceased, Seidu Adamu-Muhammed, said that they were informed about the incident on Friday night.

He said that he alongside other family members rushed to the scene of the incident and notified the police.

Their bodies have been deposited at the Dalhatu Araf Specialist Hospital, Lafia.

Spokesperson of the State Police Command, ASP Ramhan Nansel, who confirmed the incident said that a distress call was received at 8:45 that two herders were shot dead by unknown gunmen in Ashige community.

“Upon receiving the report of the incident, the Commissioner of Police, Adesina Soyemi ordered the deployment of police personnel to Ashige community to maintain law and order,” he stated.

“He personally led the police officers to the scene of the incident where two corpses were recovered and deposited at the Dalhatu Araf Specialist Hospital, Lafia, where the doctor on duty confirmed that they were dead.

“The herdsmen had attacked and killed a villager in the community three days ago which is 18th of this month and that was the reason why the reprisal attack was launched on them which led to the death of the two herders but we are still carrying out further investigation on the matter,” he added. 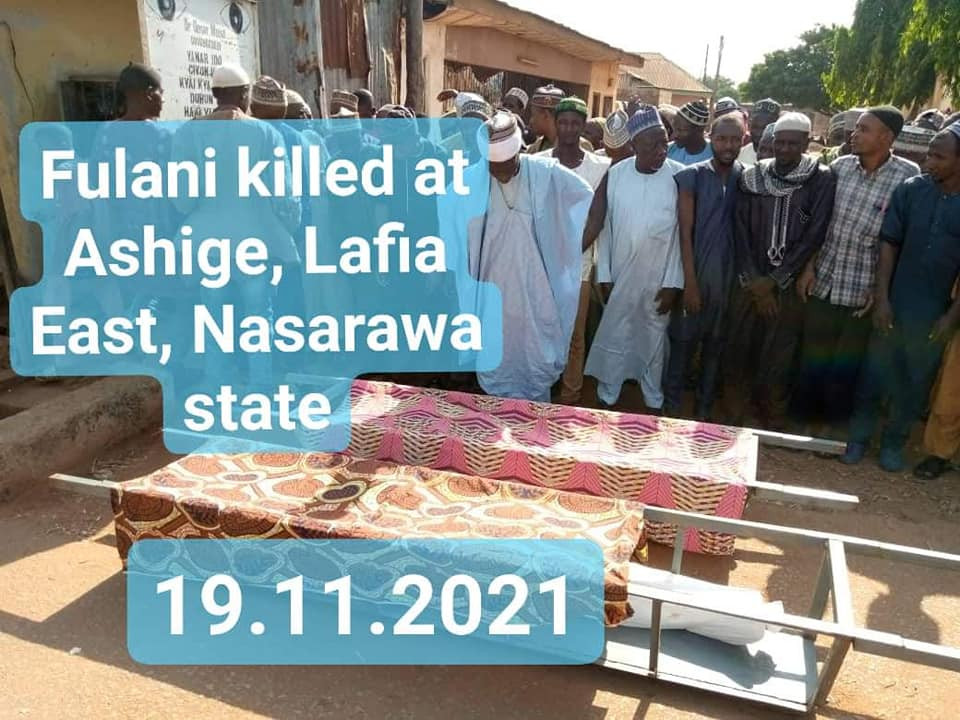 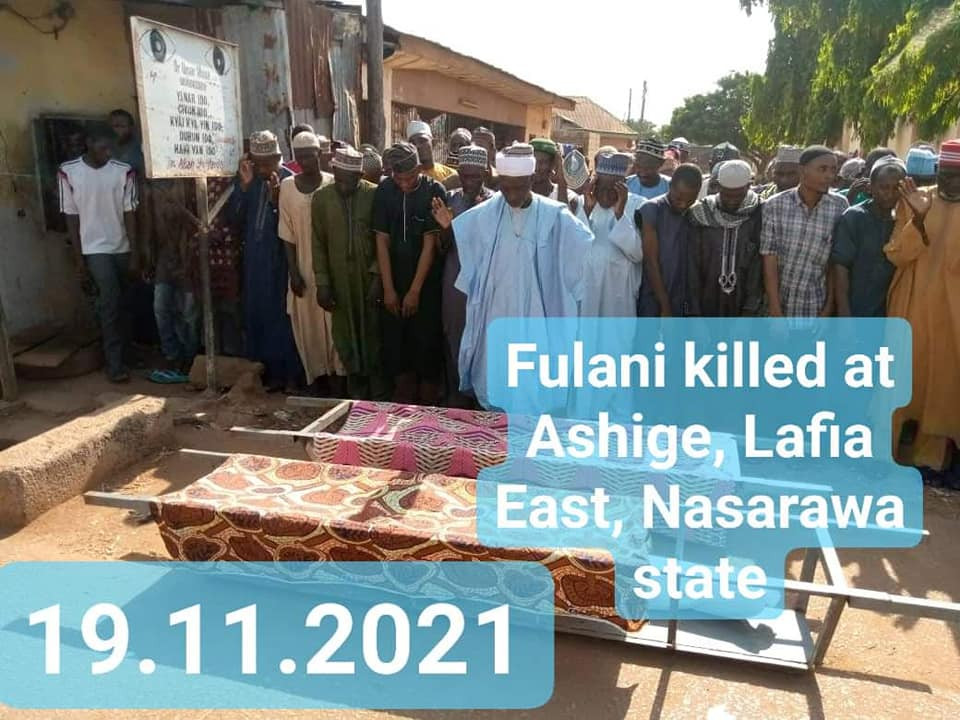