Baba Fryo has called out Davido for how he chose to spend the donations made to him.

He also called out celebrities who made the donations to Davido yet ignored him when he was in need.

The veteran singer said that when he was depressed, the issue was made public and Davido and Tuface were tagged but none of them came to his aide.

“A popular person like me known by many is in need and nobody can do anything, it’s orphanage that no one knows they are giving 200 million,” he lamented.

He added that he’s not saying it’s a bad thing to give to NGOs but pointed out that when he was depressed, even NGOs he used to campaign for did not come to his aide.

“Someone like me, who is known, who cried out, they couldn’t help.

“It’s people they don’t know, whose faces we don’t see, that they are helping out with two hundred and fifty million. We need to think,” he added.

“Enough is enough. We should all learn how to be real,” he added in the caption. 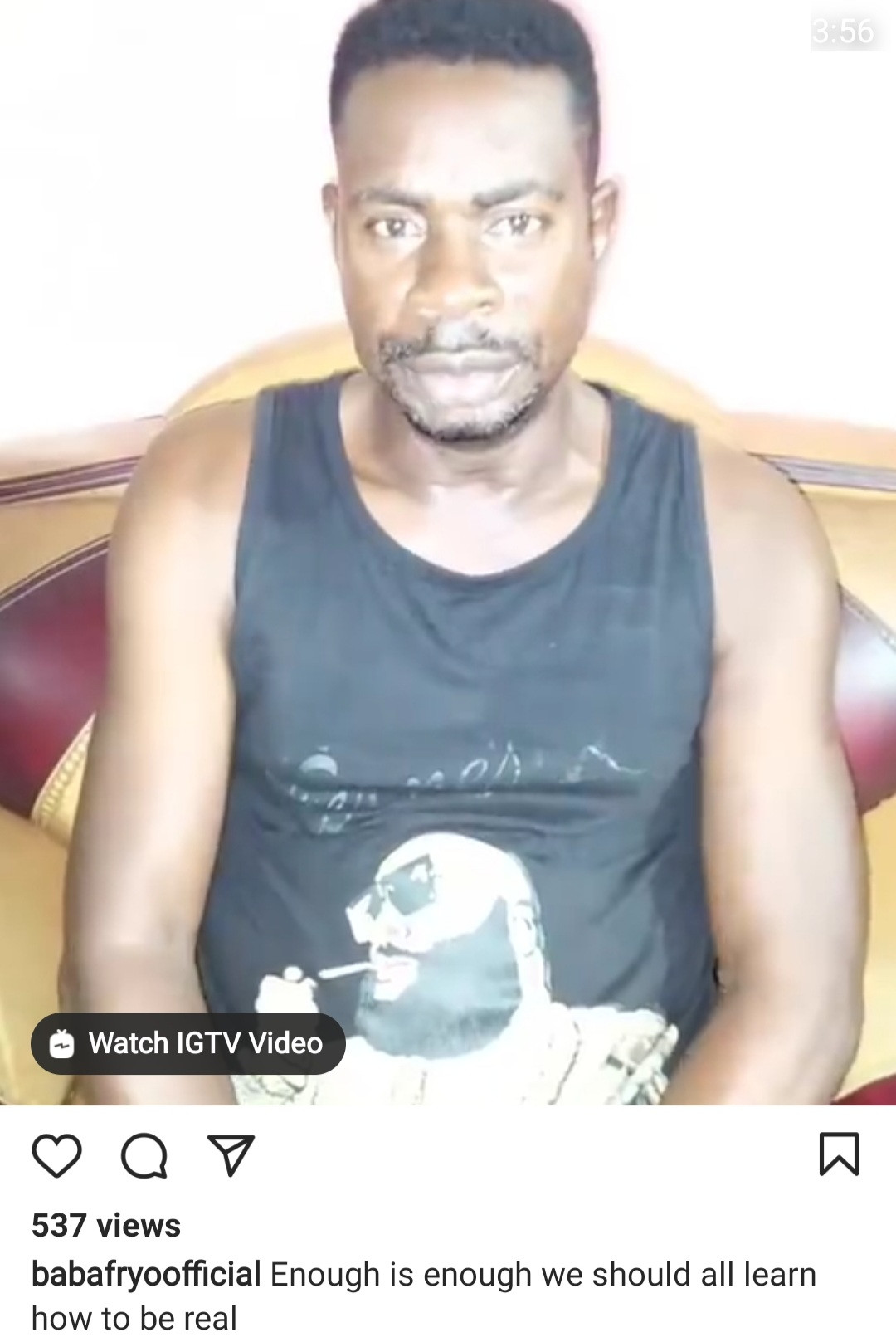 Watch the video below.

It wasn't a prank. We thought she died - DJ Michelle's sister opens up after her rescue