Apparently, Tayo won a challenge in the house and his reward was a $100, 000 ambassadorial deal from one campaign. Tayo in a post shared on his Instagram page this afternoon said he is yet to receive the deal. Read what he wrote below 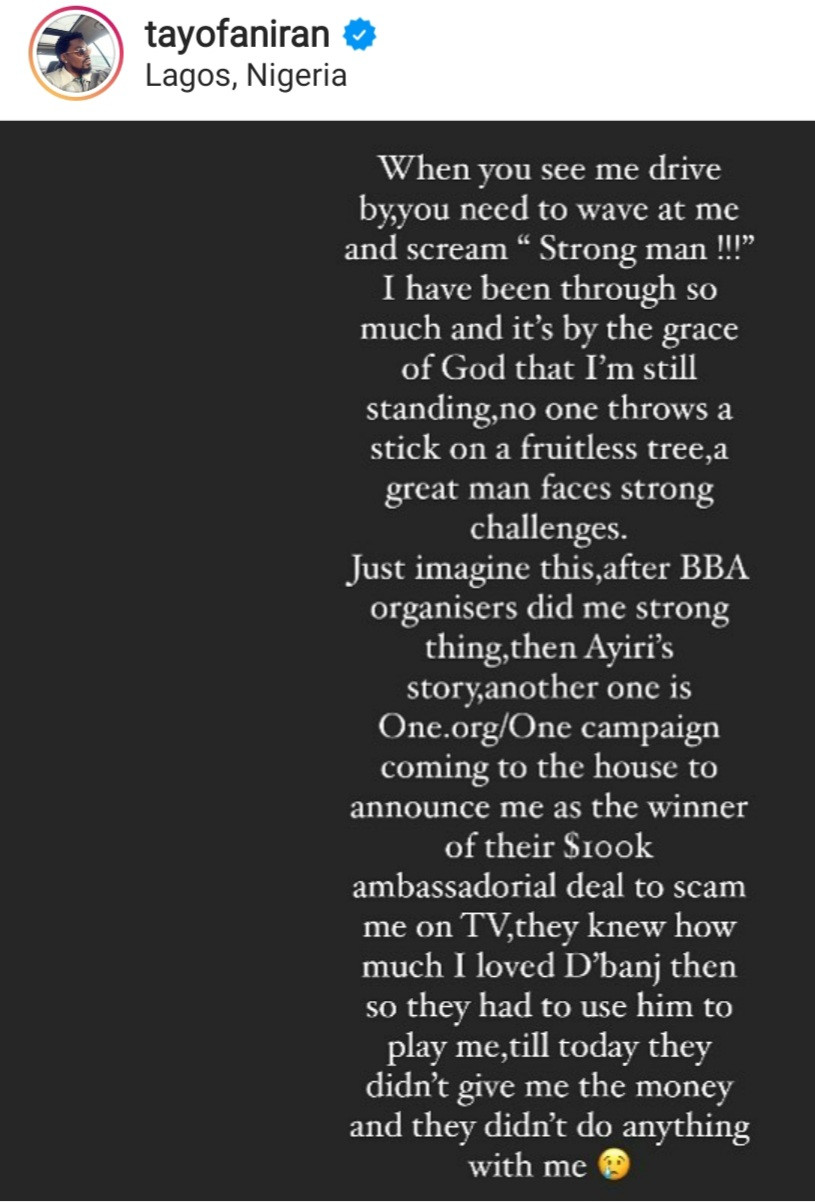 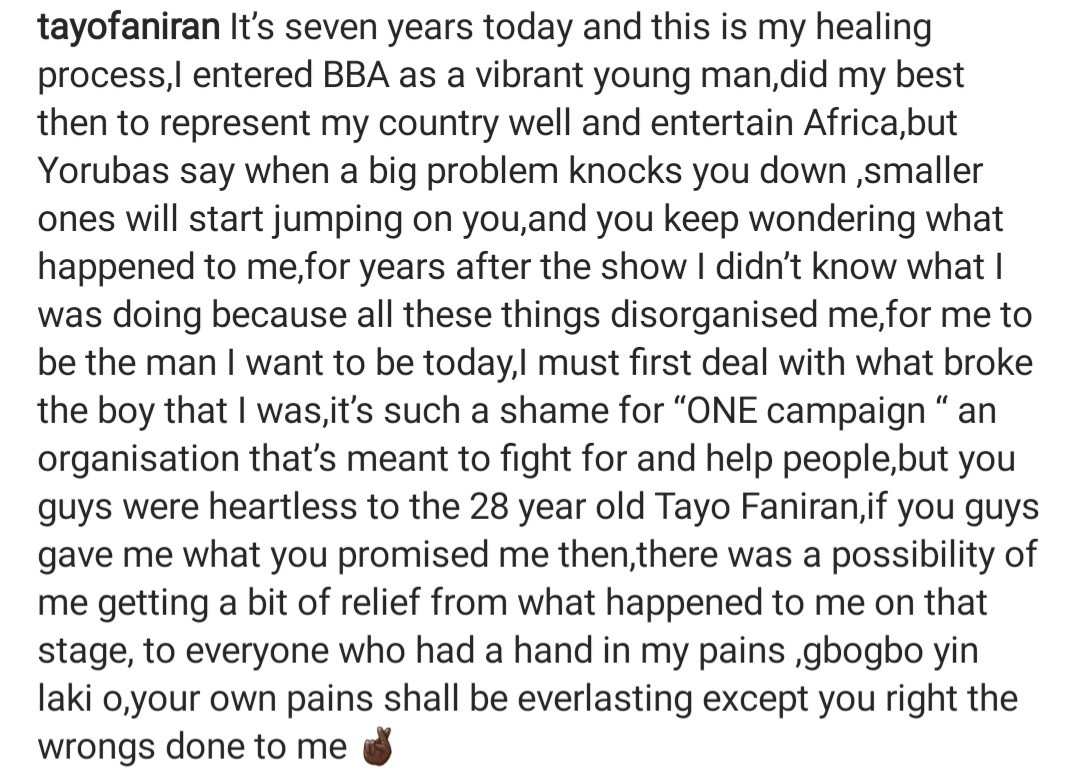