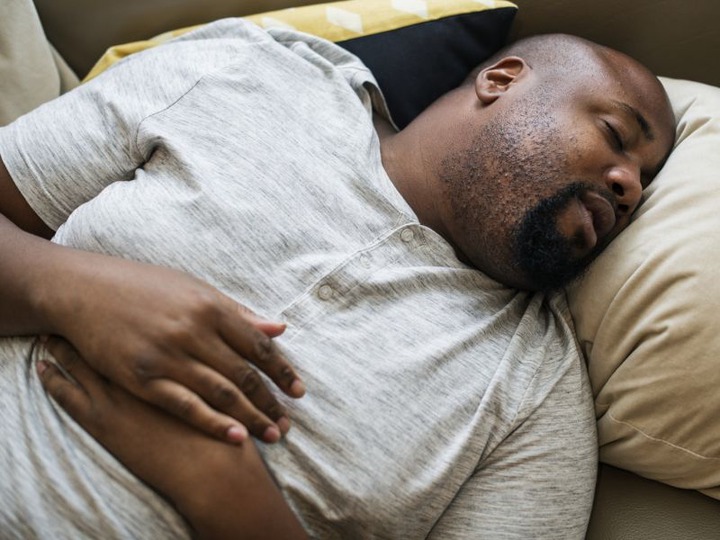 Sleep is meant to allow us rest and regain strength both mentally and physically, but sometimes, heartbreaking stories arise from it. Take dying for example; there are more people dying from their sleep than most people know. Some of these people either had an illness they weren’t taking seriously or they just got unlucky in their sleep.

So what are those commonly known (and unknown) ways people die through their sleep?

Sudden cardiac arrest, also known as SCA, can occur when the sinoatrial node, which is the node in the heart that is essentially your body’s natural pacemaker, becomes impaired. In other words, this condition occurs when the electrical systems of the heart malfunction. And in some cases, it is deadly within the first few minutes.

How does it kill? Well, it basically reduces blood flow to the brain. And the scariest part? Not only can it happen during sleep, but half of cases show no symptoms before the cardiac arrest occurs.

Carbon monoxide, or CO, is a colourless and odourless gas that can be lethal if too much of it is breathed into the lungs. It can be found in the fumes that come from running cars, generators, stoves, grills, fireplaces, gas ranges, furnaces, and so on, and it can be almost impossible to detect unless a carbon monoxide detector is in use.

How does it kill? Basically, if enough of it builds up in a small enough space, breathing it in can become toxic. And if you inhale enough of it, just having it in your lungs can be enough to “seal the deal” in a very final way. If awake, the victim may experience symptoms like dizziness, weakness, a headache, or an upset stomach. But what if it catches you while you’re asleep? Well, people who are sleeping often experience no symptoms, and they can die in their sleep before they even realise that it’s happening.

A myocardial infarction, more commonly known as a heart attack, can happen during sleep, though thankfully, the odds are pretty good that this specific type of cardiac event will wake its victim up before it kills them.

How does it kill? If enough heart tissue gets damaged, the heart may not be strong enough to pump any blood out to the rest of the body. This can result in heart failure, which could be lethal if medical treatment isn’t obtained immediately.

Unfortunately, it isn’t usually possible for a heart attack victim to seek medical attention if they are asleep, and that is the part that’s terrifying.

CSA is basically a disorder that causes the sufferer’s breathing to stop and start repeatedly while they are unconscious. It happens when the brain doesn’t send the proper electrical signals to the muscles that control the breathing mechanisms during sleep and is believed to originate from a problem in the brain stem.

How does it kill? Basically, if the case of apnea is bad enough, hypoxemia may set in—which happens when oxygen levels in the body fall below those required for normal life function. This basically leads to oxygen deprivation.

If the brain is not able to rouse the body in enough time to take a breath, the prognosis can be fatal!

Unexplained nocturnal death syndrome (SUNDS) was first reported in 1917. Since then, it has gained a pretty scary reputation in both textbooks and on the dark corners of the Internet. In the Philippines, they call it Bangungut, and in Hawaii, they call it Dream Disease.

The exact cause of death among those who die of SUNDS is actually still unclear, but the presentation always seems to be similar. It basically causes otherwise young, healthy individuals to die in their sleep for seemingly no reason.

How does it kill? Scientists still aren’t sure, but it tends to occur frequently in Southeast Asia, and researchers suspect a range of possible explanations, from malfunctions of the ion channel to ventricular fibrillation.

A cerebral aneurysm, also known as a brain aneurysm, is basically a weak spot in the wall of a blood vessel in the brain. It is kind of like a thin balloon that fills with blood. But over time, as the blood pumps through the artery, it continues to weaken and swell—and if the pressure increases too much, a rupture can occur.

How does it kill? When an aneurysm ruptures, the bleeding usually only lasts for a few seconds. But the blood causes damage to the surrounding brain cells and can increase the pressure inside the skull if the pressure elevates too much, the condition can quickly turn fatal.

This is one of the more obscure entries on this list, but that makes it no less terrifying.

Enterovirus D68 (EV-D68) is a type of non-polio enterovirus that was first identified back in 1962. But back in 2014, there was a huge increase in the number of reported cases, leaving researchers to wonder if the virus was going to become more predominant in coming years than they had expected.

The scary thing about EV-D68 is that while it usually causes mild to severe respiratory illness symptoms, it sometimes produces no symptoms at all. Yet, physicians are saying that the disease has the potential to be more dangerous than Ebola in most parts of the world.

How does it kill? It can cause particularly severe respiratory problems, characterised by a high-pitched wheezing sound that has become a dreaded earmark of infection. It has also been associated with muscle weakness and spinal cord inflammation, which is perhaps even more terrifying than the wheezing.

Dying of an infection is not necessarily common, but sometimes, the symptoms are dangerous enough to kill—even if the victim is asleep.

Most of us are aware that you can drown in the water. This seems like a no-brainer, but a lot of people are not familiar at all with the term “dry drowning” and what it means.

And as it turns out, it is a pretty horrific way to die!

Basically, the idea behind this danger is that it is a type of drowning that can occur even after the victim has left the water. It is technically still drowning, but “dry drowning” is the term that has come to be used to describe it, though some doctors have argued for the dropping of said term.

It can occur when inhaled water, even just a drop or two, makes it past the throat and into the lungs. This usually causes symptoms, but they are sometimes mild and easy to miss.

So-called “dry drowning” is actually pretty rare when you look at total deaths attributed to drowning, but this makes it no less disturbing.

How does it kill? It basically asphyxiates the victim— depriving them of oxygen until they suffocate.

While most heart attacks have a decent chance of waking their victims up before death occurs, the Widow Maker tends to be an exception.

We have already mentioned heart attacks in general once on this list, but this particular type of infarction deserves its own spot. Why? Because it is among the deadliest types of heart attacks that can occur. It happens when the left main artery, also known as the left anterior descending artery, gets blocked. A 100-percent blockage in this artery is almost always fatal without immediate emergency care—hence the nickname.

And how does it kill? Heart attacks with severe enough blockages result in damaged heart muscle. And if the muscle becomes too damaged to pump blood, the result can be fatal.

Obstructive sleep apnea (OSA) is a sleep disorder in which the victim repeatedly stops and starts their breathing process during sleep. OSA is by far the most common type of sleep apnea, and as it turns out, it is also probably the most likely reason that a person may die in their sleep.

This type of sleep apnea is literally caused by an obstruction that blocks the airway. This obstruction is usually caused by sagging throat muscles, though the muscles and tissues of the tongue, uvula, tonsils, and soft palate can all play a part.

It has been said that millions of people suffer from sleep apnea, but that about 80 percent of them go undiagnosed—making it a true “silent killer” that many people remain unaware of.

So how does it kill? People with OSA experience sudden drops in blood oxygen levels when they stop breathing, and if they are already at risk for a heart attack, stroke, or heart failure, then OSA can be the trigger that sets a sudden cardiac event into motion.

In such cases, death may occur before the victim even has a chance to wake up.

Does Too Much Vitamin C Cause Side Effects?

Is God A Christian Or Muslim?