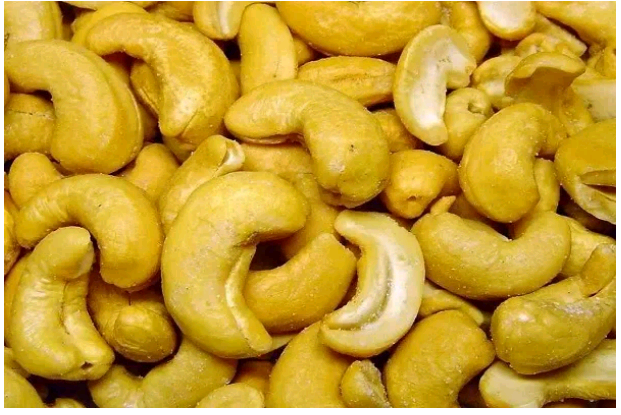 The cashew tree is one of the commonest in the world. It is found almost everywhere, and is one of the few trees with both a fruit and a nut.

The cashew is originally from Brazil, but was spread around the world by nomadic traders. Initially, these nomads ate the fruit, and discarded the nuts because they had no idea what to do with them, however, as time went, that changed.

One of the reasons the cashew is different from most other fruits is because both its fruit and nut has medicinal values, but for the purpose of this post, we’re paying more focus on its nuts.

Here are some of the benefits of cashew nuts…

1. Several heart studies have found that cashew nuts are very good at warding off heart disease because of its efficiency at reducing cholesterol levels.

2. They help in fighting blood disease. This is mostly due to the presence of copper which is known to eliminate free radicals.

3. Cashews protect the eye from infections because of the availability of an antioxidant pigment known as Zea Xanthin. The pigment is usually absorbed into our retina, and helps to protect our eyes from harmful rays of the sun.

4. Cashew nut oil is very healthy for the skin because it is rich in selenium, zinc, magnesium, iron and phosphorous. Also, they are great sources of phytochemicals, proteins and antioxidants. It’s also been said that selenium can help prevent cancer.

5. Cashew nuts are a good source of dietary fibres. The body doesn’t produce important dietary fibres like oleic acid and palmitic acid. But we can get these nutrients by consuming enough cashew nuts. Dietary fibres help in digestion.

6. According to health and beauty experts, the consumption of cashews as well as the application of cashew oil on your scalp ensures healthy hair. Reports suggest that the copper present in cashew nut oil helps in the production of skin and hair pigment called ‘melanin’. The presence of oleic and linoleic acids also help give the skin a smooth and silky texture.

8. They lower the risk of diabetes.

9. Cashew nuts are very good for the bones.

10. Cashew nuts are good for your nerves.

In The Bodi Tribe, The Bigger Your Belly The More Women Find You Attractive